Bouygues UK has welcomed a group of pupils from Pentrehafod School to the 71/72 Kingsway site in Swansea city centre.

The pupils were invited to view two new murals they helped to create that are displayed on the hoarding of the construction site, which Swansea Council is developing into a new office building that will provide space for 600 jobs.

The colourful murals were produced by Fresh Creative Co in a joint initiative between Bouygues UK –the council’s main contractor for the project –and the local community, through the Art In The City project.

They were designed following discussions with a group of 60 young people as part of an engagement programme called ‘School Swap’, a regional project to explore cultural and social differences between young people across Swansea, Neath Port Talbot, and Bridgend.

The inspiration for the murals came directly from these workshops and the visit allowed the pupils to have their say on the final artwork, the location, and the possible impact of the art on the local community.

Located at the former Oceana nightclub site, 71/72 Kingsway will be operationally carbon zero and worth £32.6 million a year to Swansea’s economy.

Due for completion in the summer of 2023, the scheme will include 114,000 square feet of commercial floor space with flexible co-working and office opportunities for businesses in sectors like tech, digital and the creative industries. Other features of the new development include a roof terrace, a new link between The Kingsway and Oxford Street, and balconies overlooking the city centre and Swansea Bay.

The scheme is being part-funded by the £1.3bn Swansea Bay City Deal and supported by the European Regional Development Fund through the Welsh Government.

Bouygues UK’s Nick Toulson and Hadley Hands gave the pupils a site tour, allowing them a chance to see the construction in progress and look at the murals, which respond to issues the children feel strongly about like racism and hate crime, on the board hoardings.

Bouygues UK Social Value Advisor, Nick said: “It was fantastic to welcome the Pentrehafod pupils to the Kingsway site. During the tour, we explained the process and the proposed use of the building as a communal office and agile working space. The children were eager to listen and learn and they were big fans of the murals that we have on the hoardings. We also discussed ideas for more artworks that tie in with Bouygues UK’s Diversity and Inclusion programme and we look forward to seeing more creations soon.”

Cllr Robert Francis-Davies, Swansea Council’s Cabinet Member for Investment, Regeneration and Tourism, said: “The pupils thoroughly enjoyed the visit and loved the artwork, which form part of a construction scheme that will create space for 600 jobs and further boost Swansea’s economy, following on from our Copy Bay district that includes Swansea Arena.

“These artworks aim to celebrate diversity and encourage people to be respectful in our communities. It’s hoped that people will see these murals and feel connected to their local area as the messages promote peaceful and integrated communities.” 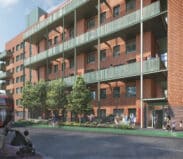 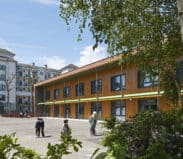 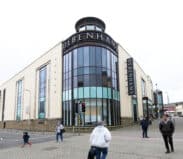